Stability measurement and certification works have been provided for the following vessels to Australian (NSCV) standards: 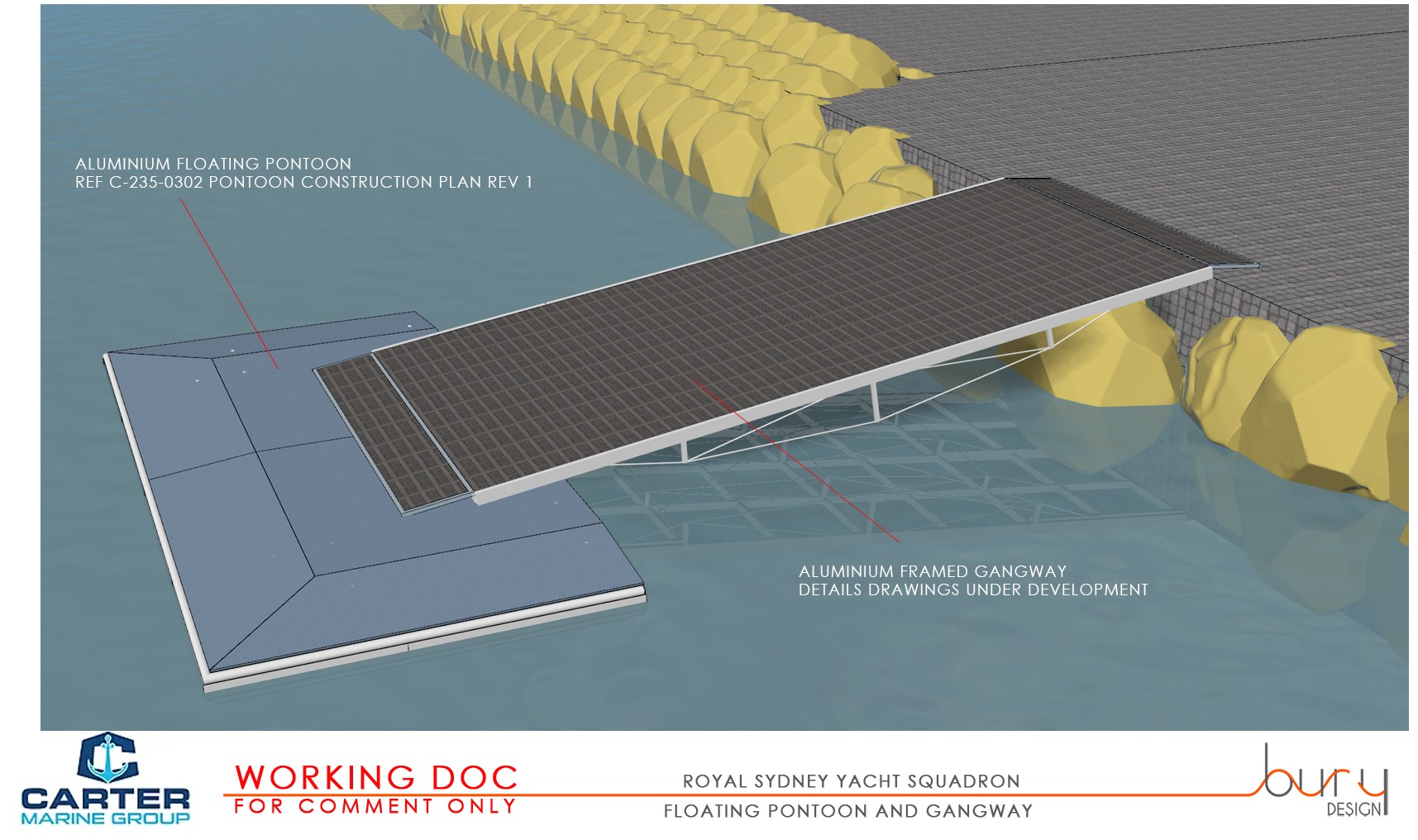 Working in conjunction with Carter Marine Group, Bury Design has developed both the gangway and floating pontoon design for the new Royal Sydney Yacht Squadron.

Design of the gangway was particularily challenging as this structure was the only support for the floating pontoon and was subject to almost 20T distributed loading. A full FE analysis using Strand7 was undertaken of this gangway with design undertaken to Australian Standards.